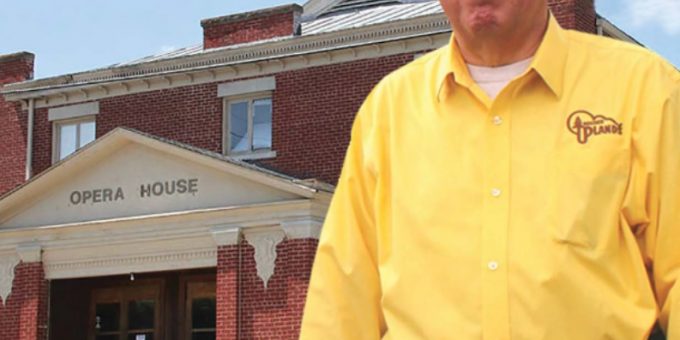 Special to 1340 WBIW by Brad Meadows, Marketing and Communications Director

For as long as he could remember, David Miller wanted to work in law enforcement. In fact, after graduating from Indiana University in Bloomington with a degree in Criminal Justice and Political Science, his sights were set squarely on working for the FBI. While he could not get in with the federal government agency, he began work as a police officer.

After a short period of time on the force, David took a job managing a trucking company in his hometown of Mitchell, Indiana. It was there that his connection with Hoosier Uplands was first made.

One of the county commissioners asked David to serve on the board. At the time, he didn’t know much about Hoosier Uplands or what they did.

He would serve on the board for the next 5 years as he continued to manage the trucking company. During that time, Hoosier Uplands went through 3 Executive Directors. Now very familiar with the organization, when the position opened once again, he decided to resign from the board of directors and apply for the Executive Director’s position. A position David has held ever since.

Understanding the great need that existed for housing, Miller encouraged the board of directors to support the agency getting involved in affordable housing. Their first development was a tax credit project in Bedford that opened in 1999. Over the last 20 years, their portfolio has expanded across 4
counties and now totals over 440 units.

In addition to affordable housing development, another highlight of his tenure is the creation of the Community Development Improvement Program (CDIP). This unrestricted program allows Hoosier Uplands to support a variety of community projects through grants to other not-for-profits and local units of government.

Another proud moment for Miller is the renovation of the Mitchell Opera House. In 2014, the City of Mitchell tasked Hoosier Uplands with the historical renovation and preservation. Now complete with a state of the art sound and video projection system, it serves as a hub for arts and entertainment in Southern Indiana.

Described by those that work with him as a caring person with a good business sense, Miller still enjoys going to work every day and serving the residents in the Hoosier Uplands service area. And while he is proud of what they have accomplished during his time, he is quick to credit his over 250 employees and another special person in his life. His wife.