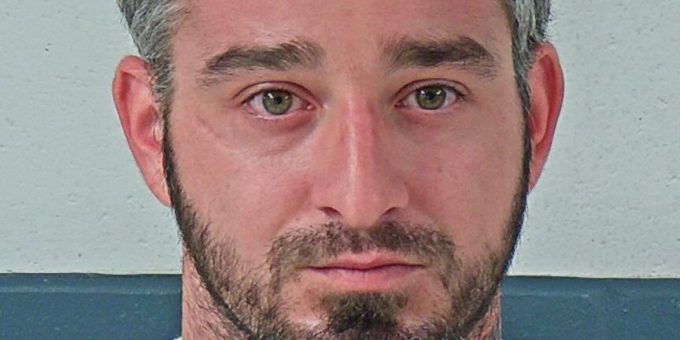 According to a Lawrence County Superior Court I probable cause affidavit, on November 26th at 9:49 a.m. a Bedford Police officer was called to the Lawrence County Prosecutor’s office to speak to a female about a domestic fight that had occurred the night before.

The woman was crying and distraught. She told the officer she and her husband had gotten into an argument the night before at the couple’s home on N Street and she wanted to press charges.

The woman showed the officer her injuries which included a swollen and bruised middle finger on her right hand, scratches to her wrist and minor swelling and redness to the side of her face.

The woman says her husband became violent after she told him she was moving out. She told police she went outside to sit in their car to get away from the argument.

The woman told police Schofield was driving recklessly so she attempted to open the passenger door and get out of the vehicle. She told police that is when Schofield lunged towards her and grabbed her left arm to keep her in the vehicle. The woman then reached over with her right arm to try and get lose from his grip. When pulling away from Schofield, he grabbed her middle finger causing it to pop out of place. Once he let go of the woman he continued driving onto Lincoln Avenue and was approaching 16th Street he suddenly slammed on the brakes causing the female to fall forward hitting the right side of her face on the dashboard. He then drove back to the couple’s home and the woman got out of the car and kept her distance from Schofield for the rest of the night.

This information was forwarded to the Lawrence County Prosecutor’s office and a warrant was issued for Schofield’s arrest.