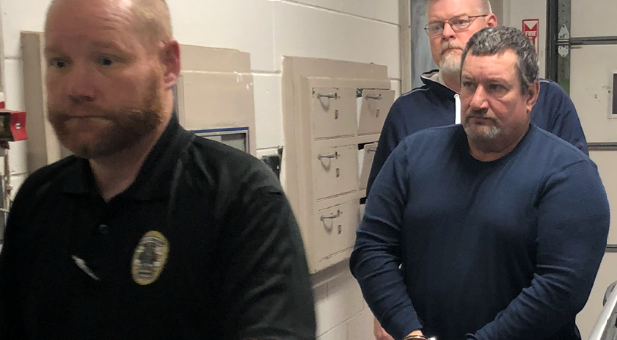 (CARLISLE) – On Sunday, as a result of an Office of Investigations and Intelligence (OII) investigation, 59-year-old Correctional Officer James DiGiacomo was arrested for allegations of trafficking tobacco with an inmate, a Class A misdemeanor, and official misconduct, a Level 6 felony.

Over the course of the investigation, a large bag of tobacco was recovered from DiGiacomo’s possession.

DiGiacomo has been employed as a Correctional Officer at the Wabash Valley Correctional Facility (WVCF) since December 1, 2014.  After his arrest, he was transported to the Sullivan County Jail for further booking and processing.  The process to place DiGiacomo on suspension without pay will occur later this week.

A complete report will be provided for review by the Sullivan County Prosecutor’s office and final action as deemed appropriate by that office.

Warden Richard Brown said, “I appreciate the hard work by the Office of Investigations & Intelligence staff.  The Indiana Department of Correction has a zero-tolerance for this type of behavior.  Trafficking jeopardizes the safety of staff and offenders, and anybody caught trafficking – be they staff, visitors or contract employees – will be arrested.”