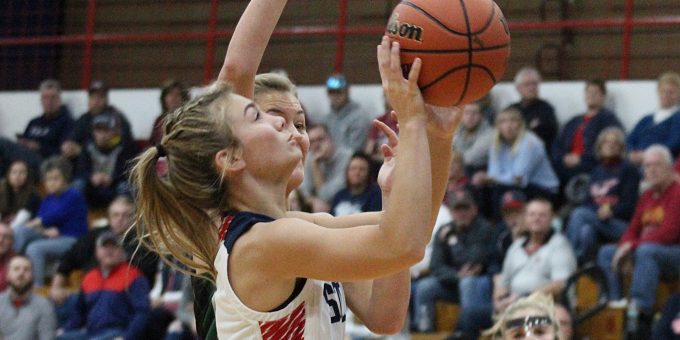 (BEDFORD) – The growth process for a basketball team – similar to the awkward transition to those teen-age years – can be painful and complicated. Bedford North Lawrence has already gone through the first stages.

The next step is a tough hurdle. Win on the road, in the Hoosier Hills Conference, as the target on everyone’s schedule. The Stars, still winless away from home, will discover what that feels like on Tuesday night at Jennings County.

Jennings has lost 17 straight in the series, and don’t think that hasn’t been mentioned as motivation. And don’t be fooled by the Panthers’ early struggles. One of the losses, if score comparison matters, was a one-point loss at No.8 Jeffersonville.

“Typically Jennings has played us tough over the years,” BNL coach Jeff Allen said. “It’s one of those conference teams that has been able to compete and play us tough. We’re expecting more of the same.”

Indeed, BNL has survived some unexpected challenges over the years, even during last season’s sweep of two games. The Stars trailed much of the first half during the 2019 sectional final at New Albany, before a second-half explosion (20-2 in the third quarter) created a ‘fake news’ gap. BNL won that one 56-34, securing its eighth consecutive sectional title.

Jennings lost some starters from that squad, but they return leading scorer Addyson Kent (who ripped the Stars with 5 treys and 20 points in the sectional).

“Kent will be somebody we pay attention to,” Allen said. “She’s a very capable shooter. They’re small (the tallest starter is 5-8 forward Lily Ernstes) and quick, so we have to keep them from penetrating.”

BNL will have a size advantage with 6-3 senior center Madison Webb (13.0 points, 5.5 rebounds), and if the Panthers sag into a zone to surround her, the Stars have dangerous outside shooters in Chloe McKnight (14.6 with 21 treys) and Irye Gomez (10.3).

McKnight has been a force the last four games – not only in scoring, but with a team-high 6 rebounds per game during that span.

“We have a size advantage down low and we will try to use that,” Allen said. “We may see some zone, but with the outside threats we have I feel good about facing a zone.

“A big part of Chloe’s game has been a focus on defense and rebounding. I told her if she concentrated on being a better defender and rebounder, the offense would flow easier. I think she has bought into that. If she continues to do that, it will take the pressure off Madison in fighting for rebounds.”

BNL’s spotlight will still shine on two areas: rebounding and turnovers. With its guard-heavy lineup, the Panthers could chose to test BNL’s ballhandling, which proved lacking during all three losses.

“We have to play well,” Allen said. “Obviously the games we lost we had leads and lost it in the pressure situations where they came after us. But our kids are committed to our game plan, and I think we‘re doing a good job of executing that. I like the way we’re playing. If the defense and rebounding continues to develop, I like where we are.”

The Panthers toppled Rushville 56-52 on Saturday as Kent scored 16 points and Ernstes added 12.

Last meeting: BNL swept a pair of games from the Panthers last season, winning the regular-season clash 62-45 and taking the sectional battle 56-34 in the title game.

Game notes: BNL has won 17 straight games in the series.