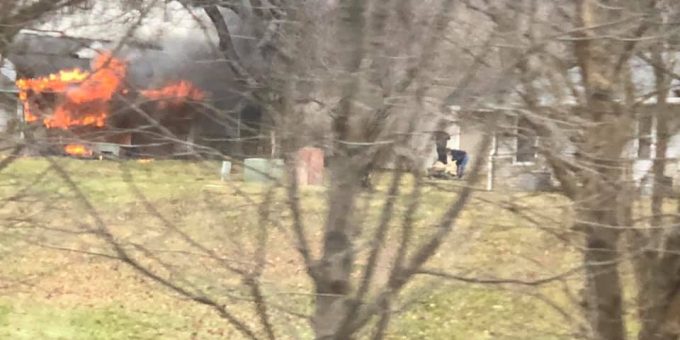 (ELLETSVILLE) – One person was injured in a fire at an Ellettsville Apartment complex Wednesday afternoon.

Firefighters from Ellettsville, Beam Blossom Twp. and Van Buren Fire Departments, along with Ellettsville Police Department, and an IU Health Ambulance responded to the apartment complex in the 1100 block of Main Street at 2:56 p.m.

Everyone rushed to the scene after dispatch reported two people could be trapped inside.

Ellettsville Police officers were the first to arrive and confirmed that one person was inside. A bystander was pulling the victim out of the residence when officers arrived.

The victim was taken to IU Health Bloomington Hospital where her condition is unknown at this time.

Firefighters worked quickly to extinguish the blaze and had the fire out within five minutes of arriving.

The Ellettsville Fire Department requested the Monroe County Fire Investigation Task Force to respond to the scene to help determine what ignited the blaze.

At this time the fire remains under investigation. State Road 46 West was reduced to one lane while firefighters worked the blaze.