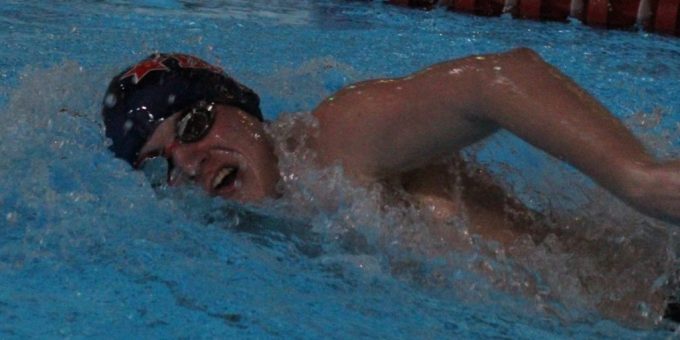 The boys team, making its season debut and ranked No.8 in the latest state poll, blasted the Mustangs 127-45, while the girls rolled to a 92-75 win.

“I saw some really fast swimming tonight and it was nice to finally have some depth,” BNL coach Terry Tlustek said. “Andrew was just a little over one second off the school fly record (52.16).  We were going for it. I think he will get it soon if he can increase his tempo.

“Jacob went a :48 in the 100 free and he never did that in the season last year so we are definitely on track and in great position. I was ecstatic for Dayson in his 100 fly. He dropped four seconds off of his all-time PR and looked great.

“The depth is really killing it for the boys. As you can see, we took the top three spots in some events and that hasn’t happened in a long time. I was really pleased with freshman Trey Kimbley. He should some real toughness in his events and pushed some off our upperclassmen. And the depth really shows in the relays as well.  Right now we are swimming fast and that is always good to see.”

“The girls showed some serious toughness,” Tlustek said. “Georgia did really well in her 200 I.M. and came back to win the 100 fly in the last 25. I was happy with Shay’s 200 free and 100 back. Kaitlyn did a great job on her 50 free and can still drop in that race if she wants to fix that small problems she has.

“Ursula did great in both her events. In the 100 free she was just about half a second from her all time PR, so that is a great place to be right now.”

The Stars will return to action on Saturday, hosting Floyd Central.