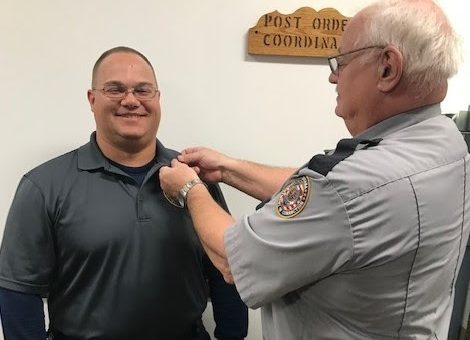 Michael began his career with the Indiana Department of Correction (IDOC) in July of 2012.   He has approximately 18 years of experience between his time in law enforcement, corrections and education.  During his time at WVCF Michael has worked in several areas, most recently of which was South Yard.  On several occasions he has assisted with transporting offenders to outside locations, as well as working in the Detention Unit at a local hospital.

In addition to the experience Michael brings, he is also trained as a Certified Treatment Specialist, a Field Training Officer (FTO), a Quick Response Team (QRT) Member, a Restricted Housing Unit (RHU) Officer and a back-up Drug Screening Officer.  Michael is qualified as a handgun, rifle and shotgun officer as well and is currently working towards a Criminal Justice degree!

Correctional Sergeants at WVCF supervise both front line staff and offenders.  They are mentors to the officers they work along side and role models to the offenders who they have direct contact with day in and day out.

“Michael has a long list of experiences to bring to the table as a new sergeant.  He also has a good deal of training in areas that will prove to be very valuable to him as he takes on his responsibilities as a WVCF Supervisor,” said Major Dusty Russell.