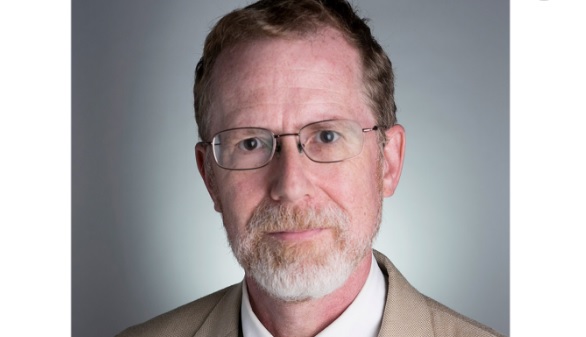 (BLOOMINGTON) – Indiana University officials are condemning statements made on social media by Professor Eric Rasmusen and explain why they will not remove him from the teaching staff.

Eric Rasmusen is a tenured professor at IU Kelly School of Business, where he teaches business economics and public policy.

Many have demanded the university dismiss Rasmusen following a number of online comments he made that they describe as “racist, sexist and homophobic.”

On November 7, Professor Eric Rasmusen posted on Twitter a link to an article titled, “Are Women Destroying Academia? Probably.”

In a post, the university said it had reviewed material that expressed a belief that women do not belong in the workplace (and, especially, in academia), that gay men are promiscuous and unable to avoid abusing students and that black students are generally unqualified to attend elite institutions.

Below is in part a statement released by IU.

“The professor demonstrates a lack of tolerance and respect for women as well as for racial diversity and diversity in sexual orientation… We find his sexist, racist and homophobic views abhorrent.”

The university, in a separate post by Provost Lauren Robel, added:

“Ordinarily, I would not dignify these bigoted statements with repetition, but we need to confront exactly what we are dealing with in Professor Rasmusen’s posts. His expressed views are stunningly ignorant, more consistent with someone who lived in the 18th century than the 21st. Sometimes Professor Rasmusen explains his views as animated by his Christian faith, although Christ was neither a bigot nor did he use slurs; indeed, he counseled avoiding judgments. Rhetorically speaking, Professor Rasmusen has demonstrated no difficulty in casting the first, or the lethal, stone. His latest posts slurring women were picked up by a person with a heavily followed Twitter account, and various officials at Indiana University have been inundated in the last few days with demands that he be fired. We cannot, nor would we, fire Professor Rasmusen for his posts as a private citizen, as vile and stupid as they are, because the First Amendment of the United States Constitution forbids us to do so. That is not a close call. Indiana University has a strong nondiscrimination policy, and as an institution adheres to values that are the opposite of Professor Rasmusen’s expressed values. We demand tolerance and respect in the workplace and in the classroom, and if Professor Rasmusen acted upon his expressed views in the workplace to judge his students or colleagues on the basis of their gender, sexual orientation, or race to their detriment, such as in promotion and tenure decisions or in grading, he would be acting both illegally and in violation of our policies and we would investigate and address those allegations according to our processes.”

“The First Amendment is strong medicine and works both ways. All of us are free to condemn views that we find reprehensible and to do so as vehemently and publicly as Professor Rasmusen expresses his views. We are free to avoid his classes, and demand that the university ensure that he does not, or has not, acted on those views in ways that violate either the federal and state civil rights laws or IU’s non-discrimination policies. I condemn, in the strongest terms, Professor Rasmusen’s views on race, gender, and sexuality, and I think others should condemn them. But my strong disagreement with his views — indeed, the fact that I find them loathsome — is not a reason for Indiana University to violate the Constitution of the United States.”

“This is a lesson, unfortunately, that all of us need to take seriously, even as we support our colleagues and classmates in their perfectly reasonable anger and disgust that someone who is a professor at an elite institution would hold, and publicly proclaim, views that our country, and our university, have long rejected as wrong and immoral.”

IU is allowing any students that are in Rasmusen’s classes and feel concerned about perceived bias to transfer out.

In responds to IU’s allegations Rasmusen has created a webpage saying Robel’s “overreacted” by saying he used his private social media accounts to disseminate his racist, sexist, and homophobic views.

“These insults no longer have much meaning. I opposed admitting people to universities based on their race; I open doors for ladies; I say that sodomy is a sin. I am sure that is enough to qualify me for those insults under the Provost’s personal definitions…. My pastor once said to me, “Eric, I want you to be persecuted, but I want you to be persecuted for being a Christian, too, and not just for being a conservative.” “It’s just my religious faith” is too often offered as an excuse for an unpopular belief; we should also tolerate dissident political beliefs.“