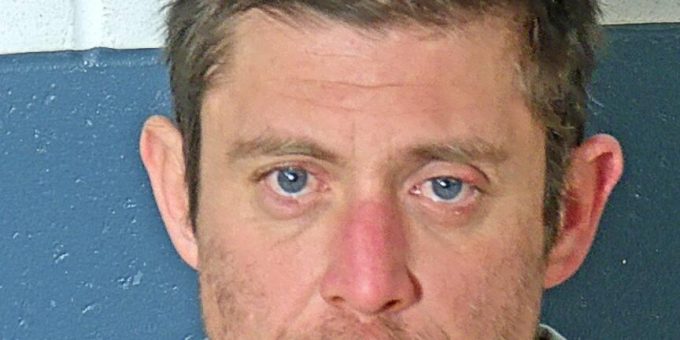 (BEDFORD) – A Bedford man was arrested after Bedford Police officers were called to the Circle K gas station at 16th and O streets early this morning.

Officers were told a man was asleep inside the store.

When officers arrived they found 41-year-old Rhett Lewis sleeping on the floor in one of the aisles.

Officers woke Lewis and he became combative with them.