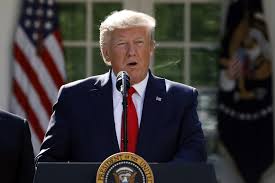 (MUNCIE) – Hoosiers are firmly behind President Donald Trump despite the current House impeachment inquiry. However, Charles Taylor, a Ball State University political science professor believes that such support may erode if the proceedings do not go favorably for the president.

“Partisan attitudes have hardened, but independents are more closely divided and – perhaps – more open to being persuaded one way or the other as a result of the hearings and news coverage of them,” said Taylor, who also is the managing director of the Bowen Center for Public Affairs at Ball State. “Given Trump won Indiana by 19 points in 2016, he will likely win Indiana again, even if his support erodes somewhat.”

He also noted that the results of the latest Old National Bank/Ball State University 2019 Hoosier Survey, a telephone survey of 600 adult Hoosiers, found that 52 percent of those responding approved of the job he is doing as president, compared to only 40 percent who disapproved.

The report was released Nov. 12.

“But, if the impeachment hearings move independent opinion away from Trump, then that might help Democrats in Indiana, such as in the Indy suburbs where they have been making headway,” Taylor said. “Swaying independent opinion away from Trump might also help the Democratic presidential nominee in swing states where Trump won by a narrow margin in 2016.”