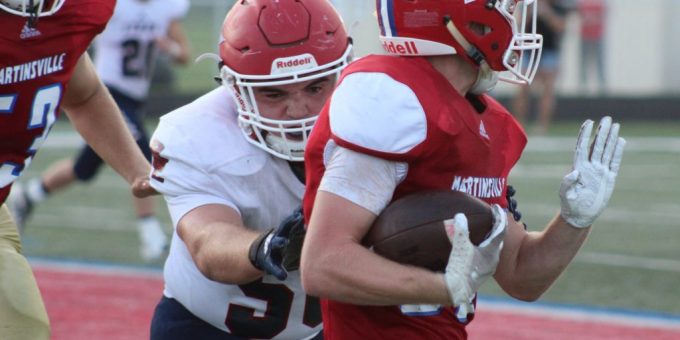 Hutchens led the Stars (3-7) in receiving with 29 catches for 635 yards and five touchdowns. Woods, a key two-way player, ran for 255 yards and four TDs, caught two touchdown passes, and was a central figure in the BNL defense as a linebacker. His season was cut short by a knee injury (against Terre Haute South in Week 6) that required surgery.

Hobbs played multiple positions, both as a linebacker and defensive lineman.

BNL seniors Skyler Bates and Cale Bunch were selected as honorable mention. Bates led the Stars in rushing (355 yards, 3 TDs) despite missing games with an injury, and Bunch was veteran member of the offensive line.

The Stars finished tied for third in the conference with a 3-3 league record, posting wins over Jennings County, Seymour and Jeffersonville.