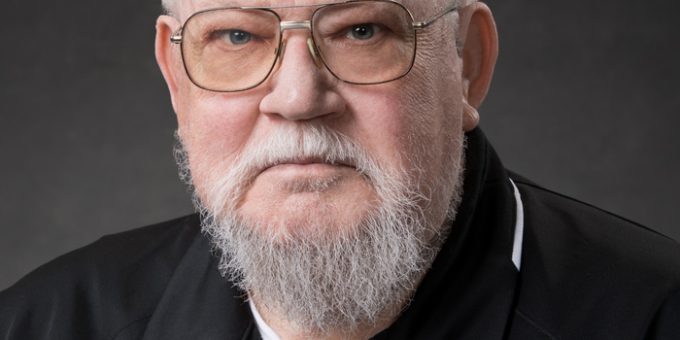 (BEDFORD) – One of the first 50 members of Hoosier Hills Credit Union, who went on to serve HHCU in multiple capacities for 50 years, has retired from the Credit Union’s Board of Directors.

William “Bill” Miller is stepping down after watching HHCU grow to more than 30,000 members and evolve into a financial institution with more than half a billion dollars in assets.

In addition to his time on the Board, Miller has served on the Credit Union’s Supervisory Committee and Credit Committee.

A former GM Central Foundry employee for 321⁄2 years until his 1999 retirement, Miller was one of the earliest members of HHCU’s precursor, Bedford Independent Federal Credit Union (BIFCU). Workers began organizing BIFCU in 1968 by collecting $5 shares.

The upstart group wanted to provide a better financial alternative during a time when interest rates made obtaining loans difficult for families. The pioneering employees eventually moved the grassroots financial cooperative to the United Auto Workers union hall, and then to a small
house near the plant before construction of the original BIFCU Service Center at 630 Lincoln Ave. in Bedford.

“For us, the credit union movement was something to believe in,” Miller said earlier this year during HHCU’s 50th Anniversary celebration. “It’s like a kid to me. You wanted to see it get started and see it prosper. I’m very proud that through this Credit Union, we’ve been able to help out a lot of people.”

HHCU President/CEO George McNichols, who took the helm of BIFCU in 1984, lauded the importance of experience and consistency in the roles Miller has held with the Credit Union over the past half a century.

“We believe in the credit union philosophy of people helping people and, as a cooperative, our member are our owners,” McNichols said. “Bill understands that as well as anyone.”

Miller lives in Mitchell with his wife, Kennetha. They have three grown children, William, Petrina, and Jeffrey. Bill enjoys spoiling his grandchildren.