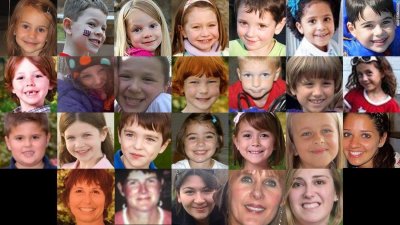 (SANDY HOOK) – The Supreme Court won’t stop a lawsuit brought by Sandy Hook victims’ families against Remington Arms Co., the manufacturer of the semi-automatic rifle that was used in the 2012 mass shooting at an elementary school.

The Court decided not to take up an appeal by Remington. That marks a blow to the gun industry: Depending on the outcome of the case, it could open the door to gun violence victims’ families suing gun manufacturers for damages.

The Sandy Hook victims’ families are “grateful” for the Supreme Court’s decision, attorneys for the families said in a statement. They called Remington’s appeal the company’s “latest attempt to avoid accountability.”

A spokesman from Remington could not immediately be reached for comment.

A 2005 federal law protects many gun manufacturers from wrongful death lawsuits brought by family members. But families of victims of the elementary school shooting in Newtown, Connecticut, are pushing a different approach.

A survivor and families of nine other victims of the Sandy Hook Elementary School mass shooting are attempting to hold Remington Arms Company, the manufacturer of the semi-automatic rifle that was used in the crime, partly responsible by targeting the company’s marketing strategy.

Lawyers for the victims sued Remington contending that the company marketed rifles by extolling the militaristic qualities of the rifle and reinforcing the image of a combat weapon — in violation of a Connecticut law that prevents deceptive marketing practices.

The rifle was “designed as a military weapon” and “engineered to deliver maximum carnage” with extreme efficiency, they argue in legal briefs.

The attorneys said Tuesday they are ready to resume discovery and proceed towards trial “to shed light on Remington’s profit-driven strategy” to expand the market for high-powered, semi-automatic guns and “court high-risk users at the expense of Americans’ safety.”

Remington is a private company, but shares of competitor Sturm Ruger & Co. fell less than 1%, and American Outdoor Brands, maker of Smith & Wesson guns, fell by 1.2%.

The consumer market for rifles has fallen precipitously in recent years. Colt, the manufacturer of the AR-15 rifle, has announced it’s exiting the consumer rifle market. A similar gun was used in the Sandy Hook shooting.