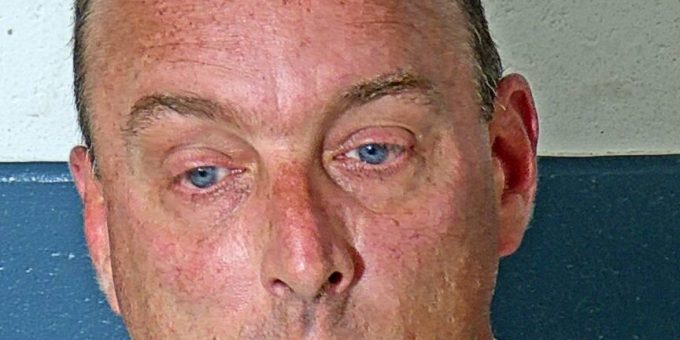 (WILLIAMS) – A Bedford man was arrested early Saturday morning after officers were called to a home in the 2100 block of Williams Silverville Road at 12:03 a.m.

The caller reported that his neighbor, 49-year-old Aaron Roberts, had come to his home and woke him and his family.

“Roberts pushed his way inside the home when the resident opened the door and seemed to be suffering from some type of drug-induced hallucination according to the resident,” said Chief Deputy Aaron Shoults. “When officers arrived on the scene, they found Roberts walking down the road clad only in pajama pants, a t-shirt, and sandals in the 37-degree temperature.”

Officers noticed Roberts was sweating and hallucinating about people being on his property.

An IU health ambulance responded and Roberts was s transported by an officer to IU Health after admitting he had recently used meth.

Roberts was medically cleared and transported to the Lawrence County Jail on charges of residential entry and public intoxication.