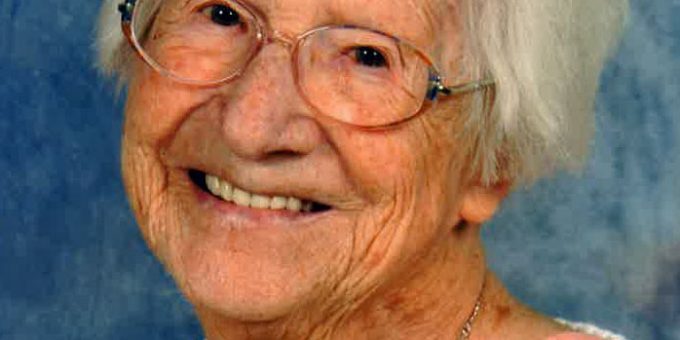 Born December 30, 1921, in Big Springs, Nebraska, she was the daughter of Otto and Lena Marie (Dehning) Brauckmuller.  She married William Richard Fagg on December 13, 1945, and he preceded her in death on September 2, 1992.

Thelma was a homemaker.  She was a very supportive minister’s wife of 27 years.  Thelma taught Sunday school, belonged to the women’s group, supported missions, and volunteered in the local food pantry. She enjoyed bowling and primitive camping.  Thelma was a member of the Memorial Baptist Church in Columbus and attended the Mitchell First Baptist Church.  She was a good servant and encourager.

Her parents; husband; and siblings, Chester Braukmuller, Dorothy Bauler, and Verna Hayes, preceded her in death.

Funeral service will be at 1 p.m. Friday, November 15, at the Memorial Baptist Church in Columbus with Reverend Don Humphrey officiating.  Burial will be in Garland Brook Cemetery.

The family will receive friends from 11 a.m. until the service on Friday at the church.