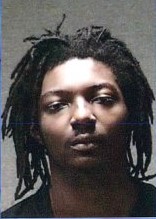 (MUNCIE) – A Muncie man is facing charges of attempted murder after witnesses say he hurled his girlfriend in the path of an oncoming train.

Police arrested 19-year-old Di Morriea Turner, of Muncie, on charges of attempted murder and battery with a deadly weapon charge after the incident on June 19.

Police say they responded to the 500 block of West 23rd Street in Muncie on a report of a person hit by a train. When they arrived, they found two people injured close to the railroad crossing.

Court documents state Turner told police he and his girlfriend had been arguing all morning. While outside, they continued the argument, knowing the train was heading towards them.

Turner told police that he grabbed his girlfriend because he didn’t want her to be on the other side of the train.

Employees on that train, however, told police that it appeared that Turner had his girlfriend in a bear hug when the train was close before hurling her over his shoulder into the path of the train.

Since the incident, the victim’s father obtained a protective order against Turner for his underage daughter.

Turner was already in jail when the new charge came in for allegedly violating that protective order and hitting the victim, causing her to have a black eye.