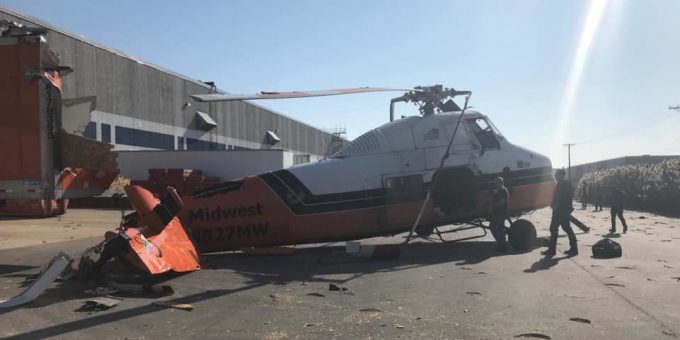 (LEBANON) – The pilot of a helicopter that crashed Sunday afternoon near a Lebanon business suffered minor injuries.

Two other people were on the helicopter at the time of the crash.

The three were traveling from Chicago. The helicopter is owned by Midwest Helicopter Airways, which is based in suburban Willowbrook.

According to information from the Lebanon Police Department, the helicopter crashed sometime after 1 p.m. near XPO Logistics at 135 South Mt. Zion Road while attempting to land.

tHE Sikorsky SK-58 helicopter clipped a parked semi-truck trailer, according to a statement from the Federal Aviation Administration while trying to land in a field.

Authorities are currently investigating the crash.

The story will be updated when more information becomes available.