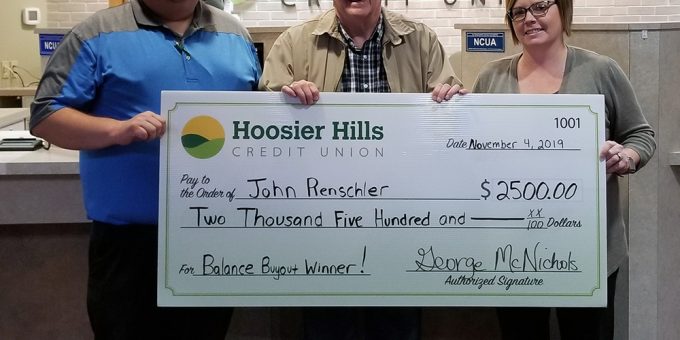 “Needless to say, I was pleasantly shocked when I got the call that I’d won; I’ve never won more than 20 dollars in anything in my life,” Renschler said. “It’s everyone’s goal to have a lower balance or no balance (on a credit card), but right now I have one. It’s good common sense to save money anywhere you can. It’s nice to know that, if I have to use the card, I won’t be charged outlandish rates.”

A member from the Jasper Service Center, Renschler was drawn from more than 300 entries earned by HHCU members who participated in the Balance Buyout promotion. The Balance Buyout opportunity was available to members throughout September and October.

“Twenty-five-hundred dollars from the Balance Buyout really thrills me,” Renschler said. “We have been wanting to do some home improvements and this certainly facilitates some of that work getting done.”