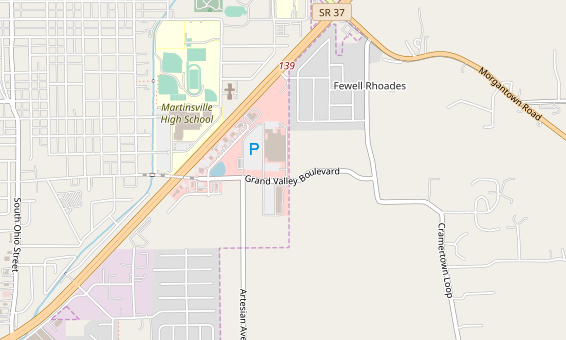 Beam installation will occur over three afternoons and early evenings starting on or after Monday, Nov. 11, and may be delayed in the event of lightning or high winds.

The stoppages will primarily affect southbound S.R. 37 for the first two afternoons and both directions of S.R. 37 during the third afternoon. Drivers are encouraged to slow down, stay alert and keep their eyes on the road.

Through traffic is encouraged to use navigation with real-time traffic updates and state highways such as I-70, S.R. 67, S.R. 135 and I-65 to avoid the traffic stoppages.

Fifteen concrete beams, each weighing up to 79 tons and measuring up to 130 feet long, will be delivered into the Martinsville work zone from S.R. 37. Large cranes will then lift each beam over the highway for a new bridge connecting South Street with Grand Valley Boulevard businesses.

Once the beams are in place, crews must install working platforms and concrete forms before new concrete decking and railings may be poured.