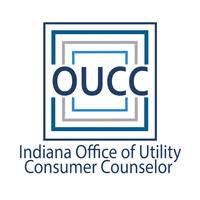 (INDIANAPOLIS) — An Indiana agency has advised regulators to deny Duke Energy’s request to increase average monthly charges by as much as $23 per customer.

Indiana’s Office of Utility Consumer Counselor Bill Fine has recommended that the utility instead reduce its average charges by nearly $8 a month.

Duke Energy in July asked the state Utility Regulatory Commission to approve a 15% rate increase over two years that would boost its annual revenue by about $395 million.

The Indianapolis Star reports that consumer groups say the company hasn’t been transparent about how it determined the proposed rate increase.

Duke Energy says it provided the necessary paperwork and disagrees with the counselor’s recommendation. The utility says the proposed increase is to accommodate customer growth, update a grid and transition to cleaner energy.