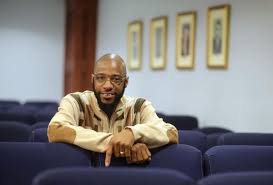 (GARY) – The president of the Gary City Council faces charges alleging he kidnapped a 14-year-old boy he believed was involved in stealing his car.

Prosecutors have told The (Northwest Indiana) Times that the boy in question isn’t believed to have been involved in the September theft.

Police have said Brewer tracked down his stolen vehicle in East Chicago, firing a gun at the teens inside it and taking the 14-year-old boy against his will into Gary.

Since his arrest following the incident, Brewer has maintained his innocence, and his attorney and other supporters have said he had the right to make a citizen’s arrest. Critics say he should have let police handle the matter.