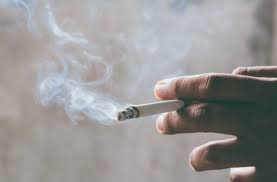 (INDIANAPOLIS) — An Indiana legislative panel is recommending that Indiana’s legal age for buying cigarettes be raised from 18 to 21.

The Legislature’s public health study committee approved the recommendation this past week after hearing testimony recently on the change that has failed to advance among lawmakers for several years. The Journal Gazette reports the proposed age change would cover both traditional and electronic cigarettes.

Committee chairman Sen. Ed Charbonneau of Valparaiso says he doesn’t expect action until at least the 2021 legislative session when a new state budget is considered because Indiana cigarette tax revenue could decline with the change.

Sen. Vaneta Becker of Evansville countered that the state might see a loss in tax revenue initially but will save on long-term health expenses.