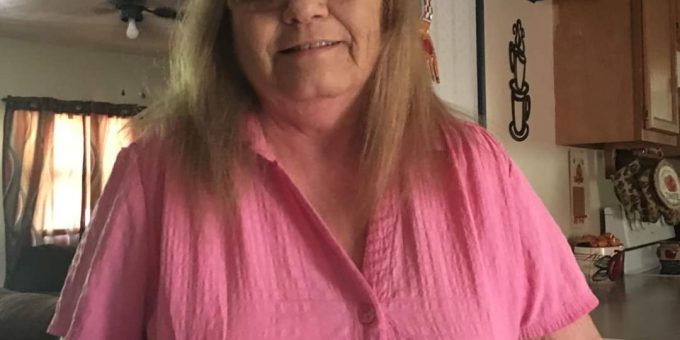 Cindy worked at Garden Villa in environmental services for 29 years. She also had worked for L&M Oil Company as well as Shelby Trucking.

She loved fishing, riding four-wheelers, dancing and spending time with her family. She was also a member of the Senior Citizen Center in Mitchell.

Cindy was preceded in death by her father, one brother, Kelly Kern, and one sister Debbie Miller.

Funeral service will be at 11 a.m. on Friday, November 8, 2019, at the Ferguson-Lee Chapel of Thorne-George Family Funeral Homes, with Cecelia Magill and Rick Turner officiating. Burial will follow in Beech Grove Cemetery.