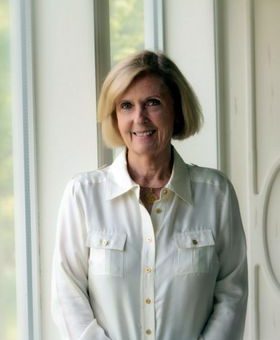 (BROWNSTOWN) – Dianne Cartmel is one of 13 individuals and organizations that was honored Monday night during the Indiana Historical Society’s 2019 Founders Day Awards at the Eugene and Marilyn Glick Indiana History Center in Indianapolis.

Cartmel will be receiving the Eli Lilly Lifetime Achievement Award from the Indiana Historical Society along with Indianapolis’ Alan January and Fort Wayne’s Curt Witcher.

According to a news release from the historical society, the award is presented annually to an individual who has made extraordinary contributions to the field of history.

Cartmel has served as an adviser for the Jackson County History Center in Brownstown for years and was a leader in the creation of the Joe E. Robertson Genealogical Library.

Cartmel played a role in establishing and organizing the Pioneer Society to recognize families with Jackson County roots dating back to 1816.

Each year, Cartmel along with her husband, Jerry, hosts the annual dinner that serves as the largest fundraiser of the year for the history center.

She served on the Indiana Historical Society board of trustees for almost two decades.

Cartmel was involved in the building of the Eugene and Marilyn Glick Indiana History Center in downtown Indianapolis and the restructuring and modernization of board leadership.

She has been involved with numerous civic organizations, such as the Governor’s Task Force for Museums and Memorials, Historic Southern Indiana and the Indiana Protection and Advocacy Service, to name a few.

Cartmel served on the board of trustees of the Indiana State Museum and Hook’s Discovery and Learning Center.

She has also been awarded the Sagamore of the Wabash and was named a torchbearer for the Indiana Bicentennial Torch Relay.

The annual event, presented by Hirtle, Callaghan and Co., celebrates the accomplishments of historians, teachers, writers and businesses from around the state, as well as the work of IHS.

Since 1830, the Indiana Historical Society has been “Indiana’s Storyteller,” connecting people to the past by collecting, preserving and sharing the state’s history.

A private nonprofit membership organization, IHS maintains the nation’s premier research library and archives on the history of Indiana and the Old Northwest and presents a unique set of visitor experiences called the Indiana Experience.

IHS is a Smithsonian Affiliate and a member of the International Coalition of Sites of Conscience.