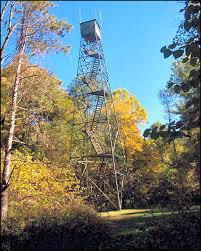 (SPENCER) – A fire tower that commands spectacular views of a southern Indiana forest has reopened decades after it was shuttered.

The 86-foot-tall (26.2-meter-tall) tower in McCormick’s Creek State Park was closed 30 years ago after being judged unsafe. But it reopened to climbers last week following a renovation paid for by park supporters who raised more than $100,000.

Visitors can now hike to the tower and climb 105 steps to an enclosed cab to take in the impressive forest views.

The tower was built in 1935 in the park near the town of Spencer by members of the Depression-era Civilian Conservation Corps.

The tower is one of 12 fire towers still standing in Indiana’s state parks and forests.