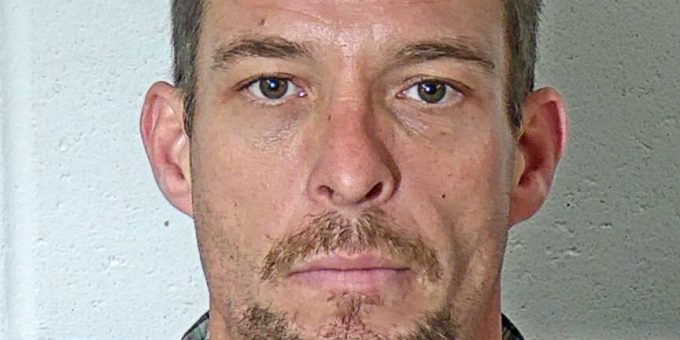 While there, Sgt. Greg Day observed a white, 2013 Ford Focus traveling with a license plate that returned as BMV status “inactive”.

After Troopers Caleb Garvin and Richard Klun arrived to assist with the stop, Trooper Klun deployed his canine, Loki, who gave a positive alert to illegal controlled substances in the vehicle.

During a search of the vehicle. troopers found approximately 14 grams of methamphetamine, drug paraphernalia, and a loaded handgun. The gun had been reported stolen out of Shelby County.

Chastain was arrested and incarcerated at the Lawrence County Jail on felony charges of dealing meth over 10 grams, possession of meth over grams with a handgun and a misdemeanor charge of possession of drug paraphernalia.