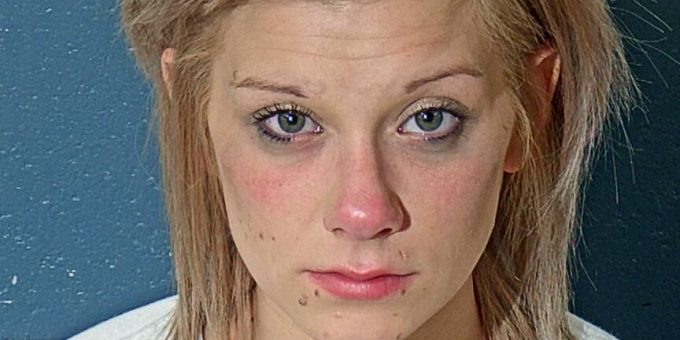 (BEDFORD) – A Bedford woman was arrested after Bedford Police officers were called to Walmart on Saturday afternoon.

Officers were contacted at 1:40 p.m. by the store’s loss prevention employee reporting that an employee working in the hair salon was wanted on an active warrant.

Officers located 26-year-old Amber Royston Atchison and advised her she was wanted on a warrant. While placing Atchison under arrest for the warrant they searched her bag and found several pills that were identified as controlled substances and legend drugs.