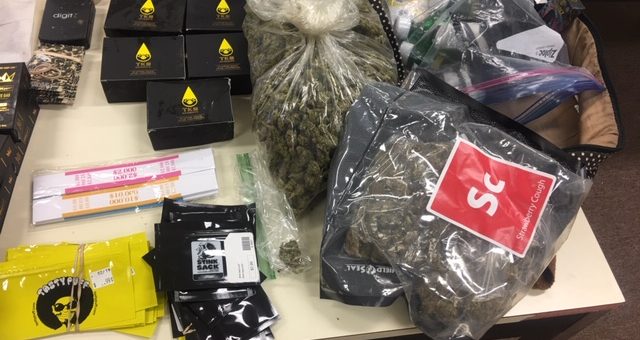 (COLUMBUS) – Three people were arrested after Columbus police responded to a report of shots fired at an apartment complex in the 2400 block of Charleston Place in Columbus early Thursday morning.

While investigating the incident, reported at 1:10 a.m. officers found drugs and money.

The officers began evacuating residents from the apartment building and contact was eventually made with 24-year-old Papa M. Sylla, a resident of one of the apartments that had been shot into.

Nobody inside the apartment was injured.

Officers secured a search warrant for the apartment and found hundreds of THC vape cartridges, approximately two pounds of marijuana and psychedelic mushrooms, and more than $13,000 in cash.

Brown was arrested on a charge of visiting a common nuisance.