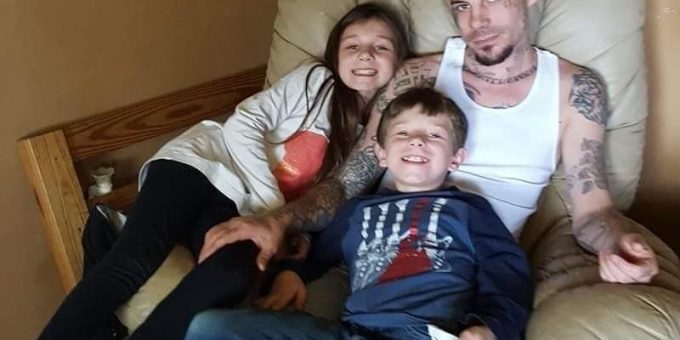 He was a graduate of Bedford North Lawrence Class of 2006. He was a veteran of the US Army where he served as a Combat Engineer in Afghanistan. Evan attended Hilltop Pentecostal Church. He loved his children, was a die-hard University of Kentucky fan, loved life and could crack a joke in the spur of a moment. Evan was known to be loyal to a fault.

Evan was a heavy equipment operator for Turner Construction.

He was preceded in death by his maternal grandfather, Dennis Carl Burch Jr., and granny, Christine Strunk.

Funeral service will be on 3 p.m. on Wednesday, November 6, 2019, at the Ferguson-Lee Chapel of Thorne-George Family Funeral Homes, with Joe Baker officiating. Burial will follow in Patton Hill Cemetery. Visitation will be from 10 a.m. until the service hour on Wednesday at the funeral chapel.

Memorial contributions may be made to the Ferguson-Lee Chapel at https://www.fergusonlee.com/payments-and-donations/ to assist the family with funeral expenses.

The family requests that casual attire be worn to the funeral service.