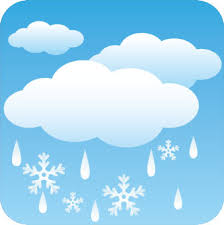 (UNDATED) – This is no trick – the weather forecast is taking a scary turn this afternoon.

Temperatures are expected to fall throughout the day today and dip below freezing tonight into Friday morning.

Cold air is going to wrap around the storm system this afternoon as winds howl out of the west-northwest with winds gusting up to 40 to 45 miles per hour. Temperatures will drop rapidly.

A Wind Advisory has been issued for a large portion of central Indiana at 3 p.m. and is scheduled to expire around midnight.

Temperatures by 5 p.m. will drop into the mid-30s with rain turning over the light snow around the same time. The light snow could result in minor grassy accumulation in the northern tier of the state.

With a predicted low in the upper 20s in the early morning hours, your Friday morning commute could be affected.

Police are asking motorists to be aware that black ice can form on the roadways at 32 degrees.