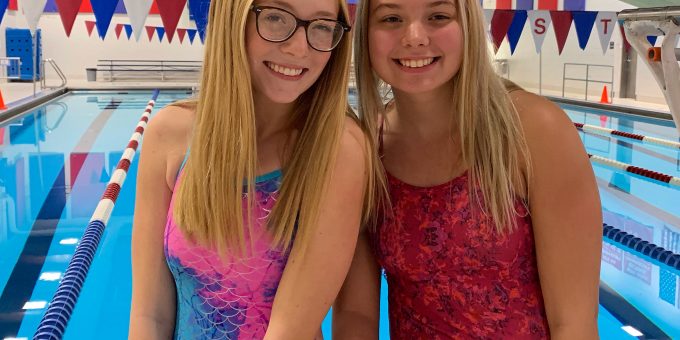 (BEDFORD) – One day, just to satisfy curiosity, Bedford North Lawrence coach Terry Tlustek calculated the miles his swimmers log during a typical season, just to see how far from home they could get.

Anyone want to visit Milwaukee? In the dead of winter?

The Stars took their first strokes toward a much closer destination on Monday afternoon with the first official girls practice for the 2019-20 campaign. They started the chase for sectional titles and state finals invitations – punching their tickets for Jasper and eventually Indianapolis, rather than Wisconsin.

BNL welcomed 16 swimmers for the opening session, including veterans with state-level experience. While the Stars lost some key personnel from last year, senior Shaylee Summers and junior Ursula Patton give Tlustek a solid foundation.

Patton is a two-time sectional winner and school-record holder in the 500-yard freestyle, while Summers was part of BNL’s state qualifier in the 200 medley relay. Together, they will step into the void created by the graduation of stars Sidney Carlile, Hayley Hatfield and Hanna Hatfield.

“Those seniors we lost last year, that was some depth and experience we had,” Tlustek said. “Their names are on our record board five times, which shows how important they were. But with the experience we have coming back, that leadership by example, the others can take a lesson from that.”

Patton won the sectional in 5:24.79 in 2018 and reached the state meet last year in her primary event (breaking the mark again with 5:24.19) and as a member of the relay with Summers.

“I’ve gone through it two years,” Patton said. “I’m used to the pressure, so it’s not as bad. I’m excited for the season. I’m going for faster times. I’ve been working on techniques, trying to get the little things down.”

“We know what we have to do,” Summers said.

What they need to do, as a group, is find a fourth for two quality relay units, and there are several possibilities (veteran Georgia Sites and freshman Shelby Slaughter).

Part of the battle has already been won, with Tlustek finding more athletes willing to “take a chance on doing something hard,” he said. “It’s the morning practices, the long practices on weekends. Those who started early understand that’s the culture, it’s what is expected and accepted. That’s a big commitment.”

BNL won a team sectional title in 2018, its first in 40 years, and finished second last season.

“It kind of changed the culture,” Tlustek said. “For years we took girls to the sectional to win individual events. Now we’re on a path where it becomes normal and we need to think about the next level. We have a pretty good winning tradition. We’re trending upward.”

BNL will open the regular season on Nov. 16 in a meet with Jeffersonville.