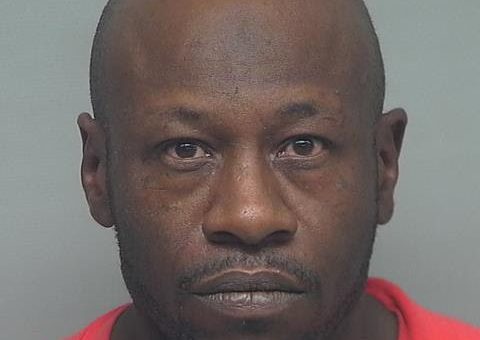 (NEW ALBANY) – On Monday, Trooper Brandon Farias was patrolling in downtown New Albany when he was alerted to a possible stolen vehicle located at 521 East 8th Street.

When Trooper Farias stopped at the residence, he encountered 44-year-old Valchas L. Doss, who resides at the same address.

During his investigation, Trooper Farias located a White, 2008 Chrysler 300 in Doss’s possession; the car was reported stolen out of Louisville, KY.

As the investigation continued, Doss was found to possess suspected meth, heroin, cocaine, and marijuana in addition to illegally possessing a handgun. Doss also violated several protective orders which prohibited him from staying at the residence.

Valchas Doss was arrested and transported to the Floyd County Jail without incident. Troopers Zach Smith and Justin Mears assisted in the investigation as well as Officer Applegate from the New Albany Police Department.