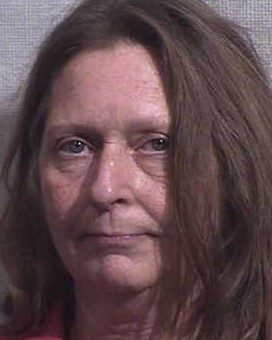 (MEDORA) – A Vallonia woman was arrested late Tuesday after police said she was driving while intoxicated with a baby in her lap.

Benge was arrested after a Jackson County Sheriff’s Department deputy stopped her vehicle around 10 p.m. Tuesday at David and Washington streets in Medora.

Police say Benge could not maintain her lane of travel and was swerving all over the roadway.

When the officer approached Benge’s vehicle she had a two-month-old baby on her lap. The baby had been in her lap from the time she left Sparksville until being pulled over. Benge told police she was headed to her home in Vallonia.

The child’s mother was contacted to pick up the infant.

Police say Benge showed all the signs of being intoxicated and she asked to take a field sobriety test. She failed that test and refused to submit to a chemical test.

Police transported Benge to Schneck Medical Center in Seymour after obtaining a search warrant for a blood test.

During a search of her vehicle, officers found 1.5 grams of meth, 7.5 grams of marijuana, two controlled substances and two prescription pills in Benge’s bag.

Benge was booked into the Jackson County Jail in Brownstown at 12:40 a.m. without bond pending her initial hearing.