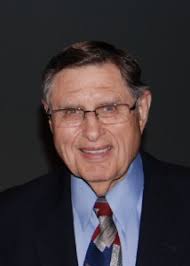 (INDIANAPOLIS) — Rev. Greg J. Dixon, founder of the Indianapolis Baptist Temple that federal marshals seized in a tax dispute, has died. He was 87.

His son and successor as pastor, the Rev. Greg A. Dixon, tells The Indianapolis Star that his father died Sunday at an Indianapolis hospital.

The elder Dixon believed government holds no authority over the church, and his church refused to withhold taxes and Social Security payments from its employees’ paychecks. U.S. District Judge Sarah Evans Barker ruled the Baptist Temple owed $6 million in back taxes and interest and in 2000 ordered members to vacate the church property on Indianapolis’ south side. After 92 days, federal marshals seized the property on Feb. 13, 2001.

The younger Dixon says the church subsequently relocated to a building it leases.