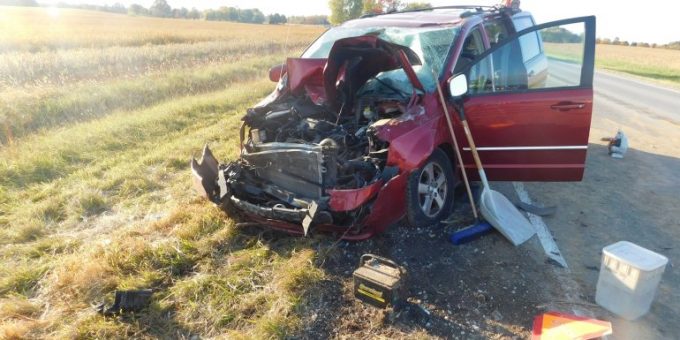 (BARTHOLOMEW CO.) — A Columbus woman has been hospitalized after a crash involving a farm tractor in Bartholomew County.

According to Bartholomew County Sheriff Matt Myers, deputies were alerted to the crash at 8:40 a.m. Thursday morning at US 31, north of 600 South.

Deputies arrived to find a 33-year-old Columbus woman who was injured. She was taken to Columbus Regional Hospital and her condition is not known at this time, according to police.

Authorities say the driver of the farm tractor was not harmed.

Sheriff Myers reminds drivers that there is an increase in farm equipment on the roads during the harvest season. He also reminds farmers to have all lighting and placards on their equipment as required by law, and to avoid traveling if at all possible during rush hour traffic and to wear high visibility or reflective clothing when working so as to be seen by motorists.