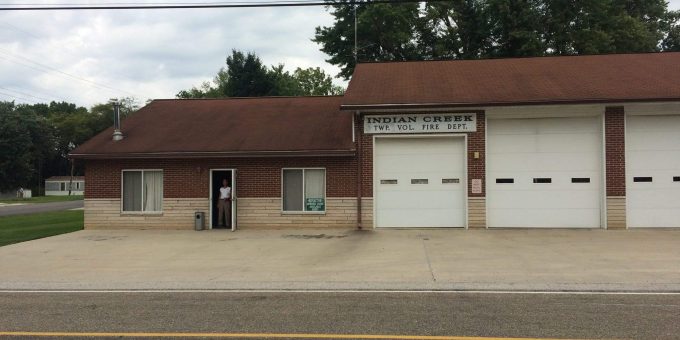 This comes after the Secretary of State of Indiana ordered their assets dissolved earlier this year after failing to file the necessary paperwork with the state.

On August 3rd, a public meeting was held by the Williams Volunteer Fire Department and Spice Valley Township Michelle Cornett to address concerns of the residents.

During the public meeting, attendees were made aware that they were only two active members of the fire department to be able to respond to emergencies. The Indian Creek Fire Department was covering the area during this period of time in addition to Mitchelltree Township in Martin County.

A formal contract between the Spice Valley Township Trustee and Board was signed and for Indian Creek Fire Department to provide long term fire protection forthcoming.

The Williams Fire Department was formed in 1961 and was one of Lawrence County’s oldest fire departments. All across the United States volunteer fire departments are having trouble finding volunteers as training requirements have increased, as well as run volumes and the demands of emergency services.

More than 70 percent of America’s firefighters are volunteers. The smallest communities of 10,000 residents are almost always served by volunteer fire departments, according to the National Fire Protection Association.

The national average of calls departments respond to has tripled over in the last 30 years, according to the National Fire Protection Association.

“There is no force at the state level or a federal level, except the National Guard, that can provide a community with the rescue, mitigation, and recovery services like the fire and emergency services community,” says Dennis Onieal, acting U.S. Fire Administrator in an article published on June 29, 2017.

Volunteer fire departments once depended on local employers who offered full-time jobs with benefits to fire volunteers and were willing to have employees leave work to fight fires. Today, typical jobs have per-hour workers with unpredictable shifts for national or international companies that have no ties to the community.

The number of volunteer firefighters has declined 15 percent between its all-time high in 1984 and an all-time low in 2011. Over that same period, the number of calls has increased to more than 300 percent. Existing firefighters are suffering burnout and volunteers have the same training requirements as a paid career firefighter.

Volunteers must schedule their training around home life and work which is not an easy task.