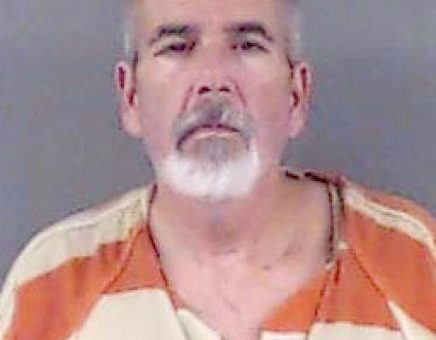 (PEKIN) – A Pekin man was arrested Sunday on charges of domestic battery, strangulation, interfering with a police investigation

Deputies were called to the house on Daily Road in Pekin. When they arrived they found Connell bleeding from the right corner of his lip. He told police him and the woman had gotten into a verbal fight over the temperature in the bedroom and her being on her phone.

The woman told police Connell got out of bed to use the restroom and complained about the temperature in the bedroom. He then got mad because she was on her phone. She said the argument continued as Connell got back into bed and he turned his back to her. He then allegedly elbowed her in the throat, so she hit him back. She said Connell told her to get her stuff and leave.

When she got out of bed and stepped into the closet to get some of her belongings, she picked up a pair of Connell’s pants to get her car keys. That’s when she said Connell grabbed the pants from her hands and pulled her toward him and they both fell on the bed.

He then put his legs around her neck and squeezed and put his thumb under her chin pushing her head back, asking her if she was done.

When she said yes, Connell allegedly let her get up.

She then grabbed her phone and called 911. She went outside to talk to dispatchers, but Connell unplugged the Wifi and she only has wifi calling because the signal is so bad.

She went back into the house to ger her belongings and wait for help.

When police went to arrest Connell he admitted the argument had turned physical and admitted to unplugging the wireless router while she was on the phone.