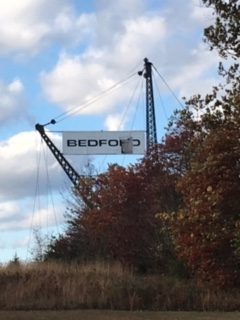 (BEDFORD) – The Bedford Redevelopment Commission met on Tuesday afternoon approving the payment to Old National for Managing the Bonds for the Stonegate Arts and Education Center in the amount of $1,500.

The rest of the meeting centered on plans for the current year expenditures and projects that the Commission will support prior to July of 2020. No action was taken after a discussion on four particular projects that would be looked at.  The commission identified ten projects and narrowed down the list to four they would be willing to support. The other projects may be incorporated back into the list.

Special provisions in the state statue allow the capture of depreciable property personal assessed value of designated taxpayers for certain types of projects which include industrial, manufacturing, warehousing, research, and development, processing, distribution, or transportation-related projects. The project is typically in an Economic Development Plan. Projects must be in or benefiting the area.

Current projects for Consideration for 2019 – 2020 include the following:

Project #2: Radius Indiana & Community Partners Indiana Department of Natural Resources Next Level  Trails Grant Funds which include a 63-mile trail from Bedford to New Albany. Local efforts focused on Downtown Bedford to Yockey Road. Requesting $300,000 in matching funds and/or costs to prepare for application including legal fees to address the status of this section of the rail project prior to full application.

The other projects identified by the Bedford Redevelopment Commission that they have an interest in funding include the following.

The John Williams Blvd and Beech Street Project have now been moved to a federal project according to Mark Scherschel President of the Bedford Redevelopment Commission, therefore funds from RDC will not be used for that purpose at all this time.  Therefore, the roundabout will be more of a long term project. This period of the fund will not be used for this project because revenue will be generated later by the TIF for this project.

The John Lowery Splash Pad project is outside the TIF District so if this project was to be undertaken by the Redevelopment Commission, the RDC would have to take on the complete project by state statute. The Bedford Recreation Foundation committed $75,000 towards this project.

The Discussion turned to the Bedford utility project with work being done at the Sewer and Water Filteration Plant. Although the RDC cannot fund the complete project they could contribute money towards the project. Currently, the Utility Department is using some bonds to fund some of these projects. And if the RDC contributes some money to the project, water and sewer rates would not have to be raised right away.  The city has consented with the Environmental Protection Agency to take care of several infrastructure improvements signed by a consent decree.

Adele Bowden Purlee wanted commission members to be open about what projects they feel they wanted to support and why.

Judy Carlisle commented she would like to see whatever project they choose she would like to benefit as many taxpayers as possible. To which she stated that she wanted to see the Bedford Utilities Project taken on.

Penny May commented she would like to see the downtown improvements continued.

Adele Bowden would like to see the Gateway projects should be addressed. Questioning where we were at with the derrick project that sits on State Road 37. The BUA purchased the property and then gave the property to the city for $1.  With project costs at around $35,000. Right now, they are just waiting on some stabilization and other work before the derrick can be completely looked at and repaired.

Mayor Shawna Girgis said the community would benefit from the Bedford Sewer and Filteration Project but would have a hard time recognizing the work done unlike the other projects such as streetscapes and Gateway projects, or the downtown façade projects.