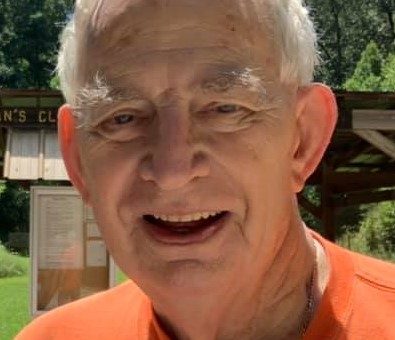 “I have known John since about 1983 as a young and inexperienced attorney. John was up on the current law, who cared deeply about his clients. Most of all John was a gentleman,” said Superior Court I Judge William Sleva.  “ John was always prepared, ethical, and followed the rules. In the courtroom, he always respected a ruling or judgment in a case. We have lost a giant in the legal community. His son followed his footsteps and is now a judge. I was honored to be asked to be a pallbearer in his funeral on Friday.”

John also was a contributor to the Bedford Boys Club serving on the Board of Directors, where he was past president.

“John was a pillar of the community, he was a former board member of the club and a great volunteer, who served as a great role model for both the club members and other volunteers. Our community will miss him greatly, but he has left a great legacy with his children, who have followed in his footsteps, in all of his endeavors,” said Jim Sowders, of the Boys and Girls Club of Lawrence County.

John began his career practicing law in 1968 and was appointed County Attorney for Lawrence County early in his career. He was elected Prosecuting Attorney in the early 1970’s.  In 1976, he was appointed as Lawrence County Judge by Otis Bowen. In 1982, he returned to private practice in the Plummer & Herthel Law Firm. In 1996, his son John joined him as a partner. He was licensed to practice law in all courts in the State of Indiana, the United States District Court for Southern Indiana, and the U.S. Supreme Court.

“I have an admiration for John Plummer,’ said Brent Steel, an attorney that faced John in court. “In 1972, when I was a green attorney and started practicing law. He threw fastballs, in the courtroom. In law, it is an adversarial process, and he did not care whether you were a young attorney or not he taught you the law.  Over the 47 years that I practiced law, he was a good fighter for his client and always done well for his clients. He was a clean fighter, ethical and was a great representation of our profession.”

John Plummer was a life-long member of the First United Methodist Church, a member of Bedford Masonic Lodge # 14 F & AM, the Bedford Elks Club and a lifelong fan of the San Fransico Giant baseball team.

Lawrence County Superior Court I will be closed on Friday for the funeral.