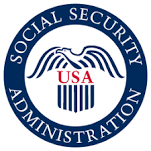 (WASHINGTON) – David Black was sworn in today as Deputy Commissioner of Social Security to a term that expires on January 19, 2025.  He will also serve as the Secretary to the Social Security Board of Trustees.

“David is a dedicated public servant who brings a wealth of knowledge to this position,” said Andrew Saul, Commissioner of Social Security. “I look forward to working closely with David to address challenges, more effectively carry out our mission, and improve Social Security services to the public.”

A Lieutenant Colonel in the U.S. Army Reserve, Mr. Black has dedicated his career in service to others.  He has served in the Army for nearly 30 years, as both an enlisted soldier and an officer, and deployed to Iraq and Afghanistan, where he was awarded the Bronze Star Medal.  Mr. Black brings a vast amount of civilian federal experience.  Prior to his nomination, he served as the White House Senior Advisor for Social Security. Previously, for nearly a decade, Mr. Black was General Counsel for Social Security.  He also worked with the U.S. Department of Education as the Deputy Assistant Secretary in the Office for Civil Rights.

The Social Security Administration administers the Social Security retirement, disability and survivors insurance programs that pay over one trillion dollars annually in benefits to approximately 64 million beneficiaries, as well as the Supplemental Security Income program that provides cash assistance to more than 8 million people with limited income and resources.  The agency has a national workforce of about 63,000 employees and 1,500 facilities across the country and around the world.