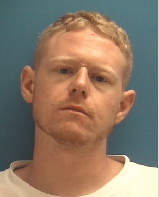 (COLUMBUS) – A Columbus man was arrested after a hit-and-run accident killed a bicyclist Sunday.

On Monday, officers with the Columbus Police Department arrested 27-year-old Eric Michael Winship after he was found at a residence in northern Bartholomew County.

Police believe Winship was the driver of an SUV that struck and killed bicyclist Kyla Ortlieb at the intersection of 11th Street and Chestnut Street. A red GMC Jimmy with heavy damage was found nearby.

Winship was arrested on charges of failing to stop after an accident resulting in death and possession of a legend drug injection device. He is being held in the Bartholomew County Jail.

Police thanked the public for a large number of calls, tips, and information they received while investigating the case.

Officials said the investigation is ongoing.