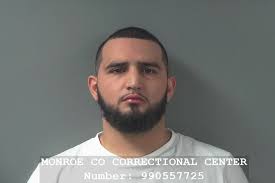 (BLOOMINGTON) – At least four Indiana University students living in off-campus housing owned by the university were asked to leave the premises or face eviction after allegedly violating their lease.

The students were asked to leave after a shooting that happened outside the house they rent from the university in the 400 block of South Grant Street just before 2 a.m. Sunday, Oct. 13.

According to Bloomington police, an officer was patrolling the area when he heard numerous gunshots and saw several people fleeing from a party.

Two people, a 23-year-old man and an 18-year-old female, had been shot and were rushed to the hospital.

The first officer on the scene saw the alleged shooter and chased him down, catching 23-year-old Gabriel Alsman, who police say was carrying a stolen handgun. He was arrested on numerous charges. Police believe at least one other person is involved, but there was no ongoing threat to campus.

Police believe the gunfire was started following an argument between two opposing groups from Indianapolis.

IU spokesman Chuck Carney said the students were asked to vacate the property because they violated the terms of their lease. While he declined to share specifics, he said the 12-page lease lays out the terms in great detail. Among them, rentals should be used only (by students) as a residence, not for business or commercial purposes and no person other than the tenants should occupy them without prior consent.

And, the “Good Neighbor Policy” says tenants should not use the property in any way that’s “detrimental, disturbing or disruptive to the neighborhood or Indiana University.”

Carney says that the student tenants living in the house were offered emergency housing for the end of the semester, along with student counseling and legal services if they agreed to the “mutual termination.” There would also be no fees, penalties or “stated reasons” for breaking the lease.