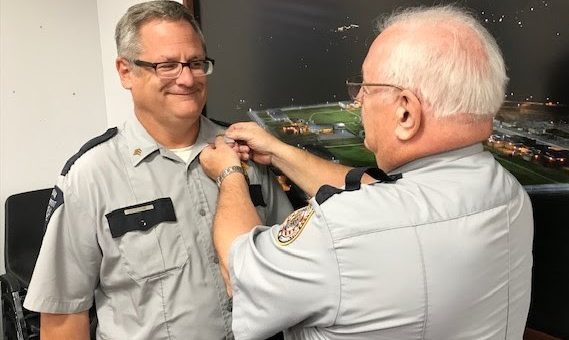 Robert began his career with the Indiana Department of Correction (IDOC) in February 1996.  During Robert’s correctional career he has worked in various custody positions including, but not limited to, 2nd Core, Perimeter, the Custody Control Unit (CCU), the South Offender Services Building (OSB), the Secure Confinement Unit (SCU) and the South Yard.  He has gained a wealth of knowledge working such a vast array of posts. In addition to his front line experience, Robert also has experience conducting training on shift.

Prior to starting with the IDOC Robert served in the United States Marine Corp and the Indiana Army National Guard for several years.  His military background, along with his correctional experience will prove to be an asset to him as he advances within the Department.

“Robert comes with countless years of experience that will add to the long list of knowledgeable custody supervisors we have at WVCF,” said Major Dusty Russell.