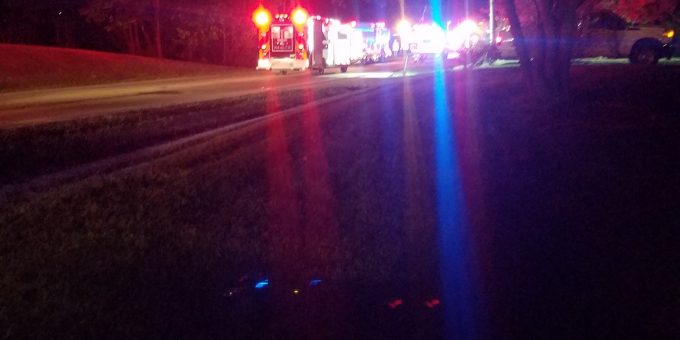 (BEDFORD) – A traffic accident closed U.S. 50 last night, sending the driver to the hospital. According to Lawrence County Police Department, Taylor L. Greenlee was traveling westbound on U.S 50 East in a 2015 Mitsubishi Mirage near April Sound Addition when the vehicle ran off the south side of the road near a driveway in the 2400 block of U.S. 50 East.

Greenlee had to be extricated from the vehicle. She was wearing her seat-belt and the airbag deployed in the vehicle during the incident. Greenlee was transported by ambulance to Bloomington Hospital with collarbone injuries and unknown internal injuries. It is believed the driver had a seizure while driving.

Police stated there was nothing to indicate that Greenlee was impaired and believe is was a medical event that led to the accident. According to officials, the hospital stated the driver was treated and released from the hospital, with no significant injuries.