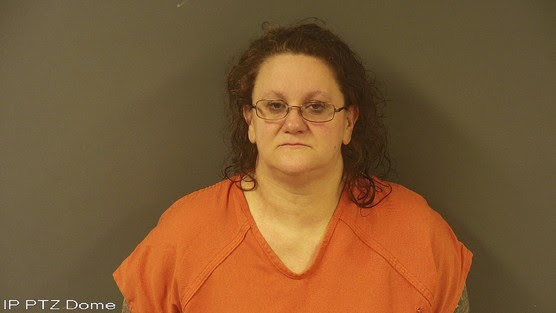 (GREENCASTLE) — An investigation by the Indiana Department of Correction (IDOC) resulted in the October 8th arrest of Sheila Power.

Prison officials started investigating Power, an Aramark employee, after receiving allegations she was involved in an inappropriate relationship with an offender at the Putnamville Correctional Facility.

Power was arrested on a warrant alleging the below violations of Indiana law. After her arrest she was transported to the Putnam County Jail.

IDOC Internal Affairs Lead Investigator James Smith commented, “We have a zero tolerance policy on this type of misconduct by any employees or contract employees providing services to our facilities.”  Smith concluded, “We will vigorously investigate and seek prosecution of any person alleged to be engaged in criminal actions with offenders.”

Inquiries about the past employment of Power should be directed to Aramark Food Services.