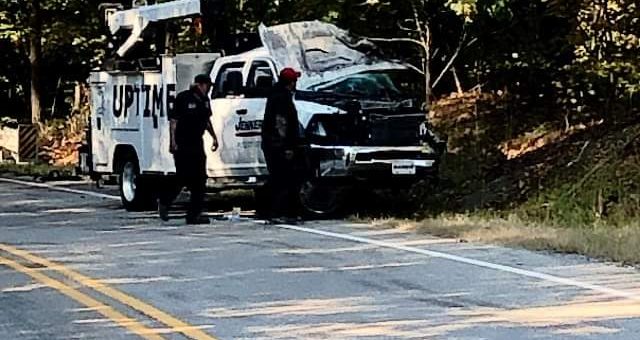 (SHOALS) – This morning at approximately 9:41 a.m., Indiana State Police responded to a two-vehicle accident on US 50 at Red School Road in Martin County, Indiana that resulted in one of the drivers being seriously injured and flown to the University of Louisville Hospital for treatment.

The initial investigation by Trooper Jarrod Lents indicated that a 2011 Dodge Truck, driven by Adam Moon of Bruceville, Indiana, was traveling eastbound on US 50 when his vehicle went left of center and struck a 2011 Kenworth driven by David Rottet Jr. of Winslow, Indiana.

As a result of the accident, Moon was transported to the University of Louisville Hospital by helicopter for injuries sustained in the accident. Rottet was uninjured.

US 50 was closed for several hours in order to clear the accident scene.