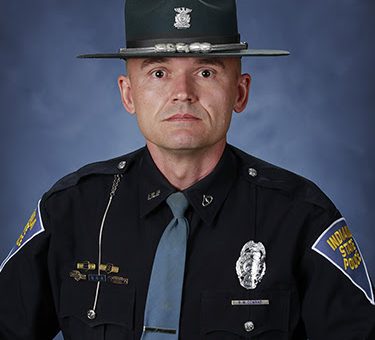 (UNDATED) – The Indiana State Police at Jasper would like to spotlight Trooper Ryan Conrad.

Ryan has been an Indiana State Trooper since December 12, 1999.  After successfully completing the Indiana State Police Recruit Academy Ryan was assigned to the Versailles District.  In March of 2001, Ryan transferred back home to the Jasper District.

Ryan joined the Indiana State Police after going to college. Ryan enjoys hunting, fishing, and attending his children’s sporting events. He currently lives in Marengo with his wife and children.

Ryan not only patrols the Jasper District, but serves the Indiana State Police in other roles as a field training officer and an Indiana Law Enforcement Academy Instructor.

Thank you for your commitment, reliability, and service ISP Trooper Ryan Conrad.