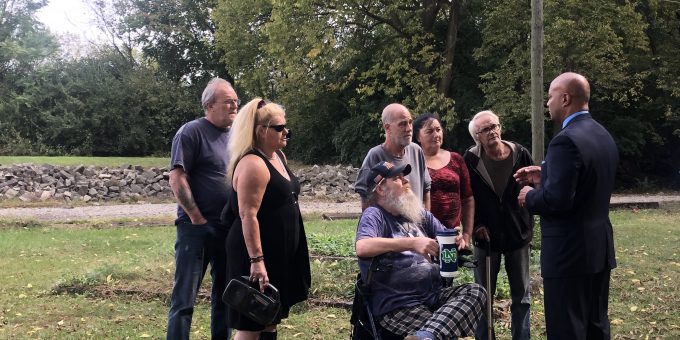 A court today granted a temporary restraining order sought by Attorney General Curtis Hill against a company attempting to force dozens of residents out of their mobile homes at the I-70 Mobile Home Park on the west side of Indianapolis.

On approximately Aug. 15, 2019, residents received notice that the I-70 Mobile Home Park, operated by Blue Lake Inc., would close permanently on Oct. 15, 2019.  Not only were residents dismayed at the impending closure, but many were left with no choice as to their next steps. This is because Blue Lake failed to provide many residents with titles to their mobile homes at the time of purchase — effectively rendering it impossible for residents to prove ownership or recoup any money for investments in their homes.

On Oct. 9, Attorney General Hill sued Blue Lake, alleging that its actions are unfair, abusive, deceptive, and in violation of Indiana’s Deceptive Consumer Sales Act. The state further alleges that at least three consumers were seniors at the time of their mobile home purchases, meaning that Blue Lake’s actions in those instances allegedly violate the Senior Consumer Protection Act.

On that same day, Attorney General Hill also filed a motion for a preliminary injunction and sought the temporary restraining order. Today, the Marion County Superior Court approved the temporary restraining order, which for now keeps the I-70 Mobile Home Park open. This action gives residents time in which to sell their mobile homes, move their mobile homes and otherwise vacate the premises.

The order stops Blue Lake from closing or otherwise ceasing operation of the park; engaging in or permitting any excavation at the park; shutting off or otherwise interfering with the provision of utilities to residents; and/or hindering or obstructing residents’ use and enjoyment of their homes in the meantime.

“These residents were facing extreme disruption in their lives that they had done nothing to deserve,” Attorney General Hill said. “We are committed to working toward a resolution that protects people’s basic rights to be treated fairly under the law.”

A hearing on the state’s motion for a preliminary injunction has been set for 10:30 a.m. on Oct. 18.

Attached are several court documents relevant to this case and a photo of Attorney General Hill meeting residents.