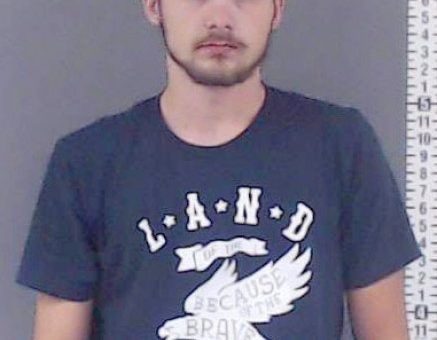 (SALEM) – A Salem man was arrested Saturday on charges of sexual misconduct with a minor and child solicitation.

According to police, on Friday just before midnight, a woman reported her 15-year-old daughter had snuck out of her grandmother’s house on Blue River Church Road and left with Fleenor to have sex. The grandmother said she saw the girl get into the car with a man and leave. She then called the girl’s mother who called the police.

The teen had left her cell phone at her grandmother’s. Her mother went through the phone and found conversations between her daughter and Fleenor on Snapchat. The mother then called Fleenor’s cellphone and told him he better bring her daughter home.

Fleener drove the girl to a location near her grandmother’s and she walked home.

She told her parents and grandmother that she and Fleener had unprotected sex. The two had been texting and speaking on Snapchat for two years.

She said Fleener had picked her up and taken her to a church parking lot, where they began kissing and then had sex.

But this was not the first time they had met. On May 19th they had “messed around” but didn’t have intercourse.

Police spoke to Fleenor the same morning at the Sheriff’s Department. He told police he had picked the girl up and the two had gone to the church parking lot and admitted he had sex with the girl. He told police when the girl’s mother called and he took her home.