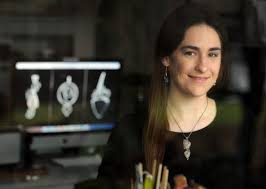 (EVANSVILLE) — An Evansville woman has died after falling from a cliff at Garden of the Gods in the Shawnee National Forest in southern Illinois.

Baker tells the Evansville Courier & Press another hiker heard Rappee fall and called 911. He says someone had been hiking with Rappee but no one saw her fall.

Baker said Rappee fell from the cliff overlooking Camel Rock. He says rescue personnel hiked into a ravine to get to Rappee and she was airlifted to an Evansville hospital.